There is stiff competition in the job market these days. Having a skill that allows you to stand apart is a great benefit. One such resume plus is knowing a second language. If you’ve spoken a second language from a young age or learned another language for travel or personal interest, you may not realize the advantages of bilingualism in the workplace.

The great news is that in addition to knowing a second language for conversing in your personal life, there are many bilingual benefits in the job market. Here are some of the advantages you might not have thought about.

If you’re interested in training for a new career, you should consider enrolling in one of UEI College’s Career Training Programs. Many of our programs can be completed in as little as 10 months, placing you on the fast track to beginning a new and rewarding career.

BETTER CHANCE OF LANDING A JOB

With so much business being conducted online, many companies now serve a global market. As such, it’s a great benefit for many businesses to hire employees who speak more than one language. The more of their customers you can communicate with, the more of an asset you are to them. If a job opening comes down to candidates of equal experience and education, but one is fluent in more than one language it’s most likely the bilingual applicant that’s getting the position.

Even as early in the hiring process as when you submit your resume, being bilingual makes an impression. As stated on Knowing a second language makes your resume stand out and can boost you to the top of the interview list with potential employers.

YOU CAN EARN MORE MONEY

When you’re bilingual your earning potential can go up if you are asked to act as a translator or interpreter on the job. Language differentials typically range between 5 and 20 percent per hour more than the base rate. If employees who speak the necessary language(s) are hard to come by at your place of employment, you’ll likely earn a higher percentage in these instances than if there are several employees available who can translate.

If you’ve ever thought about switching gears with your career or have wanted to pick up a second job, then knowing a second language might help. There are plenty of exciting jobs that can really only be tackled by those who speak another language. Some examples of jobs for bilinguals are translator, interpreter, language teacher, and tour guide. Having an extra language under your belt opens up some doors you may never have considered.

Beyond the obvious bilingual benefits of being able to communicate with more people, being bilingual actually means you have some other distinct assets to offer the business world. According to NYTimes.com, “Scientists have begun to show that the advantages of bilingualism are even more fundamental than being able to converse with a wider range of people. Being bilingual, it turns out, makes you smarter. It can have a profound effect on your brain, improving cognitive skills not related to language and even shielding against dementia in old age.”

Studies have shown that even when a bilingual is speaking just one language, his/her brain has both language systems activated. This pushes the brain to work through this unique conflict, therefore increasing brain power. In fact, bilinguals are thought to be more proficient at working through certain mental puzzles because of this. As you would expect, having employees who are expert problem solvers is always highly coveted.

Not only do bilinguals think smarter, they also appear to think more creatively than those who only speak one language. In fact, a study conducted in 2012 showed that bilingual children were both better problem solvers and creative thinkers. Bilingualism can improve a speaker’s mind, both when they are young and old. It encourages them to see the world in a different light, and understand cultures in a way which just reading a book could never accomplish. With this in mind, it’s no surprise that the range of jobs for bilinguals is vast.

So, if you’re already bilingual you’re ahead of the game as far as employment goes. For those who seek to improve their employability by adding a second language there are certain languages that seem to be more highly coveted in the job market. Bilingualism in the workplace is advantageous, but according to Investopedia.com, if you speak Spanish, French, Mandarin, Arabic, American Sign Language, Russian, German, or Portuguese you’ll likely have even more of an edge in the workplace. 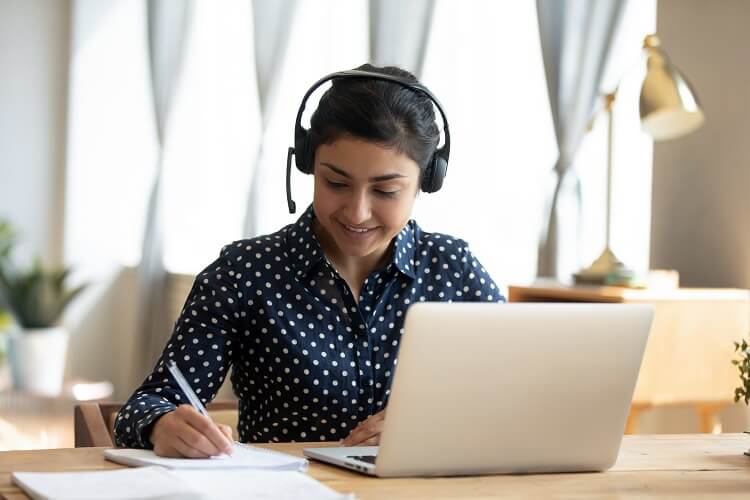 Financial Aid Made Simple – What You Need to Know